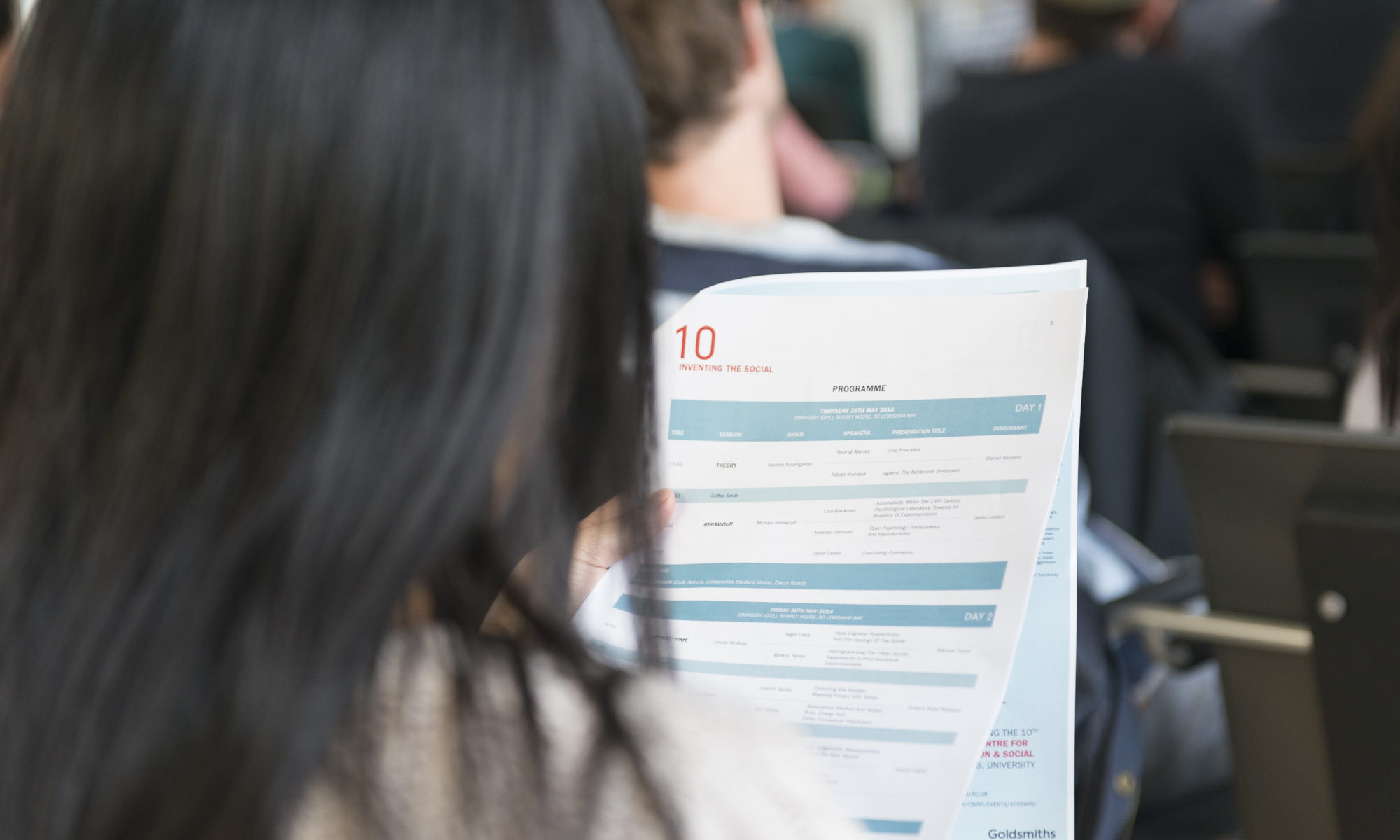 Below are listed a number of events organised by Alex Wilkie, often in collaboration with other scholars and designers.

29th – 30th May 2014. Inventing the Social: Celebrating ten years of the Centre for the Study of Invention and Social Process. Co-organised with Noortje Marres and Michael Guggenheim.

Tuesday September 20th 2016. The New Experimentalisms. A one day workshop at CISP/Department of Sociology, Goldsmiths, University of London 2016, 10-5pm. Organised with Michael Guggenheim and Dan Neyland.

June 17th 2013, Designing The Future: Cosmopolitical Interventions. A one-day ESRC workshop exploring design as an anticipatory practice. Part of: Austerity Futures? Imagining and materialising the future in an “age of austerity”. Co-organised with Nina Wakeford and Michael Guggenheim.

May 16th 2012 Doing Intervention and Enacting the ‘Everyday’: How Users Figure in Innovation Projects. Goldsmiths, University of London.

May 5th 2004. Workshop on Sociology and Design. Goldsmiths, University of London. With Celia Lury and Andrew Barry.